I spent a lot of time during the interim listening to your concerns and your ideas. Your feedback is what helped shape our early session agenda. The first five bills of the year will focus on issues impacting hardworking Minnesota families, like aligning Minnesota’s tax code to federal adjustments, cleaning up waste, fraud, and abuse within state government, child care affordability, and stronger support for those who are battling mental health issues.

To be successful, a legislator has to listen to the concerns of the people he or she represents. Over the last seven months, people have mentioned a few of the same issues to me over and over again. Things like health care costs, child care costs, government waste and abuse, mental health support, and taxes continue to dominate family table discussions. While this list is by no means comprehensive, these concerns are reflected in our early session priorities. I would love to hear what you think.

The first five priorities are as follows:

If you have ideas that government should consider, please contact my office at 651-296-2159 or email me at sen.warren.limmer@senate.mn.

Submit Nominations for 2019 Woman Veteran of the Year 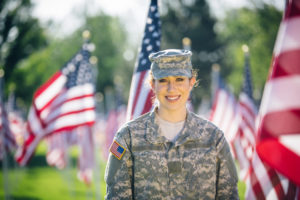 When we think of veterans, we often think only of the men that have served. This award specifically recognizes the unique role that women veterans have contributed to our country.

The Women Veterans Initiative’s mission is to improve the lives and well-being of women who have served in the military through access to innovative programs and services.

The award will be presented at the 2019 Minnesota Department of Veterans Affairs Women Veterans Conference at the YMCA Maplewood Community Center on March 23, 2019.

Details on the application process: