On Wednesday, State Senator Michelle Benson (R-Ham Lake) was honored with an award for conservative excellence from the American Conservative Union Foundation (ACUF), the highest award the organization has. Sen. Benson won the award for her voting record and her commitment to conservative principles like limited government, low taxes, and spending restraint.

“Being a conservative is at the core of who I am,” said Sen. Benson. “I believe with every fiber of my being that protecting and defending life, maximizing individual liberty, and keeping taxes low are the only way we will leave this world a better place for our children and grandchildren. Receiving this recognition from ACUF is an honor.”

ACUF announced the awards in conjunction with the release of its review of the 2019 Minnesota legislative session. ACUF’s Ratings of the States are designed to reflect how elected officials view the role of government while illustrating the differences between chambers of the legislature and revealing lawmakers’ positions on a wide variety of issues that directly affect Minnesotans. ACUF arrived at their rankings by evaluating votes on subjects such as the sick tax, expanding Obamacare, income tax increases, payroll tax increases, global warming, and more.

Click Here to view the 2019 Ratings of Minnesota online. 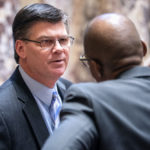 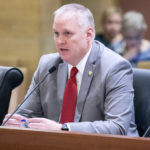