Here’s what Senate Republicans had to say on the agreement:

The U.S. Environmental Protection Agency and the U.S. Department of Agriculture announced an agreement on renewable fuel standards last Friday. The agreement includes a commitment for 15 billion gallons of conventional ethanol beginning in 2020, provide relief for small refineries, and to streamline rulemaking for E15.  Last month, Senator Rich Draheim and Senate Republicans sent a letter urging President Trump and the EPA to revisit energy policies to help Minnesota farmers, businesses, and ethanol producers.

“This is great news for Minnesotans and our farmers. We heard their concerns loud and clear and shared that message with our nation’s leaders. This agreement provides much needed stability and clarity for the future of biofuels. We look forward to working with the administration to address our energy needs and support local farmers. This is just one of many promises kept by the President, and we’re grateful to have a partner in the White House that cares so greatly for America’s farming and rural communities.”

“This action signifies that President Trump and our leaders in Washington heard the concerns of Minnesota farmers and small business owners,” said Senator Rich Draheim (R-Madison Lake), a member of the Minnesota Senate Agriculture, Rural Development, and Housing Committees. “From allowing E-15 fuel year-round to this agreement, President Trump and the federal government continue to support not only our rural economy, but energy security through the expansion of domestic biofuel production. I appreciate the President and the EPA listening to our concerns and enacting policies that help Minnesota farm families and businesses.”

“The new RFA agreement is great news. Farmers and ethanol producers were hurting, and some – like Corn Plus in Winnebago, MN – even had to shut down. I am glad the president listened to their concerns. The new agreement will give farmers certainty moving forward and result in huge economic benefits for our state, especially those of us who reside outside the metro.”

“I sent a letter to the president urging him to increase biofuel production precisely because it so critical to Minnesota’s farmers and ethanol producers. Some, like Corn Plus in Winnebago, have already had to close. I am thrilled the president listened to our concerns and addressed the issue so rapidly. Agriculture is the lifeblood of Minnesota’s economy; when farmers are strong, so is our entire state. This is fantastic news.”

“This is welcome news for Minnesotans. I’m grateful to President Trump and his administration for taking the concerns of farmers and ethanol producers, both in Minnesota and across the nation, seriously. We live in the heart of corn country and many farmers in Minnesota are struggling; along with the president’s successful effort to allow year-round sales of E15, the president has demonstrated his commitment to enhancing our rural economy. At the state level, I’m looking forward to our continued partnership with the administration on policy that works for Minnesotans.”

“The only two oil wells in Minnesota are ethanol and biodiesel production,” said Senator Westrom. “With commodity prices at less than ideal levels, value-added agricultural opportunities like biofuel production are vital in keeping strong demand for agriculture commodities, our Minnesota farm families, and rural agribusinesses. This agreement signifies that President Trump not only listened to our concerns, but continues to support farmers in Minnesota and across our country. When paired with President Trump’s previously instituted year-round E-15 rule, the Renewable Fuel Standard agreement should strengthen the demand for Minnesota corn and soybeans and bring much needed stability for our farmers and agricultural businesses.”

Read what others stakeholders said about the agreement. 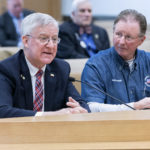 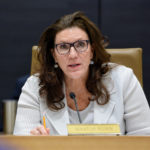