Family members of distracted driving victims joined Senator David Osmek (R-Mound) and Rep. Bob Dettmer (R- Forest Lake) today as they introduced a bill to discourage distracted driving and raise awareness of the problem that is responsible for at least one in five crashes on Minnesota roads.Under the new proposal, the penalty for injuring or killing someone using a cell phone while driving will be the same as driving under the influence of alcohol.

“Distracted driving is is responsible for 30% of fatalities or serious injuries on Minnesota’s roads. Those engaging in risky behavior need to know there are serious consequences to their actions,” said Sen. Osmek. “By increasing the penalties to DUI level, we are giving law enforcement another tool to raise awareness of this issue, and providing justice for victims of distracted driving.”

“With fatalities related to distracted driving increasing at an alarming rate, we can no longer afford to sit around and do nothing,” said Rep. Dettmer. “A driver’s focus should always be on the road, not a cell phone.”

Over the last five years (2013-2017) in Minnesota, distracted or inattentive driving resulted in an average of 53 deaths and 216 serious injuries each year. The Department of Traffic Safety Office estimates these numbers are underreported due to law enforcement’s challenge in determining distraction as a crash factor. In 2015, 74 individuals were killed on Minnesota roads due to distracted driving. In comparison, there were 95 fatalities due to drunk driving.

The bill focuses on holding drivers accountable and providing penalties for drivers who are risking lives by their actions. It includes an exemption for using devices with a hands-free setting. 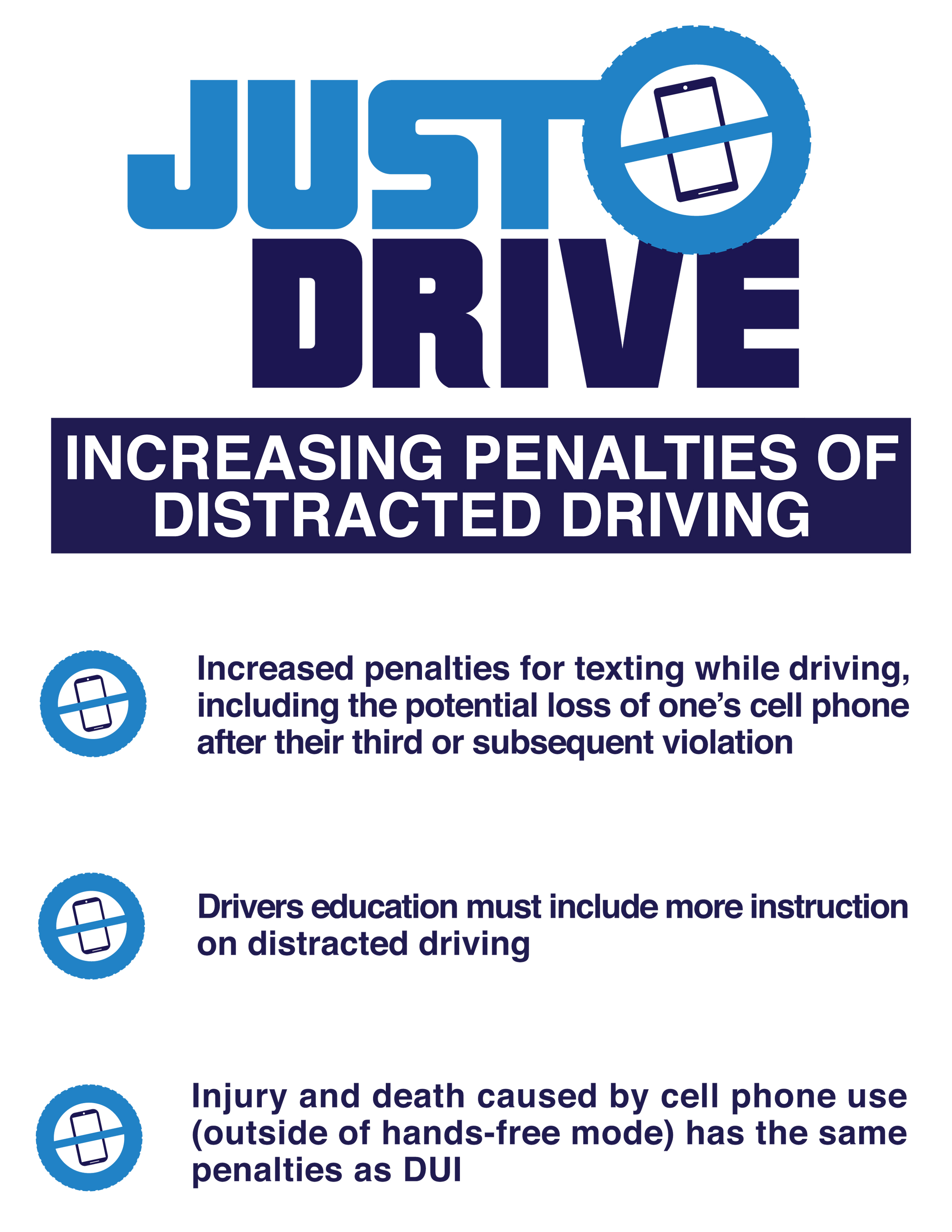